As leaders of the Biden-Harris creative and tech team, we fought and won the most complex election in recent time. So it’s in our nature to solve challenging problems. We’re ready to get to work — and also, have a little fun. How can we help?

After winning the primary in South Carolina, Biden for President tapped Beto O’Rourke’s campaign Creative Director Robyn Kanner to lead the efforts for a brand refresh — setting the tone for the general election. In line with the campaign’s focus on inclusion and reliability, Kanner used wild colors and luscious gradients to represent unity across America, a feat which has garnered widespread attention and praise.

As the country navigated a looming pandemic that forced everyone remote, Kanner worked with the campaign including Digital Director, Rob Flaherty, and Deputy Design Director, Carahna Magwood, to craft a dynamic design system. She worked with Jonathan Hoefler to develop a new type system, revamped the logo — bringing Kamala Harris into the fold, hired a powerhouse creative team with over 25 designers, and ultimately helped transform Joe Biden into a multi-dimensional candidate reflective of the ever-evolving diversity of the country.

These efforts helped win the battle for the soul of the nation, set the visual tone of both the Inauguration and The White House, and laid the foundation for this studio, Studio Gradients — which was founded alongside core members of her team.

When the pandemic hit in early 2020, Joe Biden’s travel schedule came to an abrupt halt and forced events to pivot exclusively to the virtual world. We quickly adapted our brand to design compelling visual assets made specifically for produced recordings, Zoom meetings, and livestream events on various platforms such as Facebook, YouTube and Twitch.

Towards the end of the campaign, we finally hit the road and designed a merch truck in Pennsylvania, the official VIP 747 jumbo jet, a gradient-filled bus for a tour around Arizona, and over two dozen branded assets for a train tour in Ohio/Pennsylvania including maps, wraps, steps and repeats and tickets. 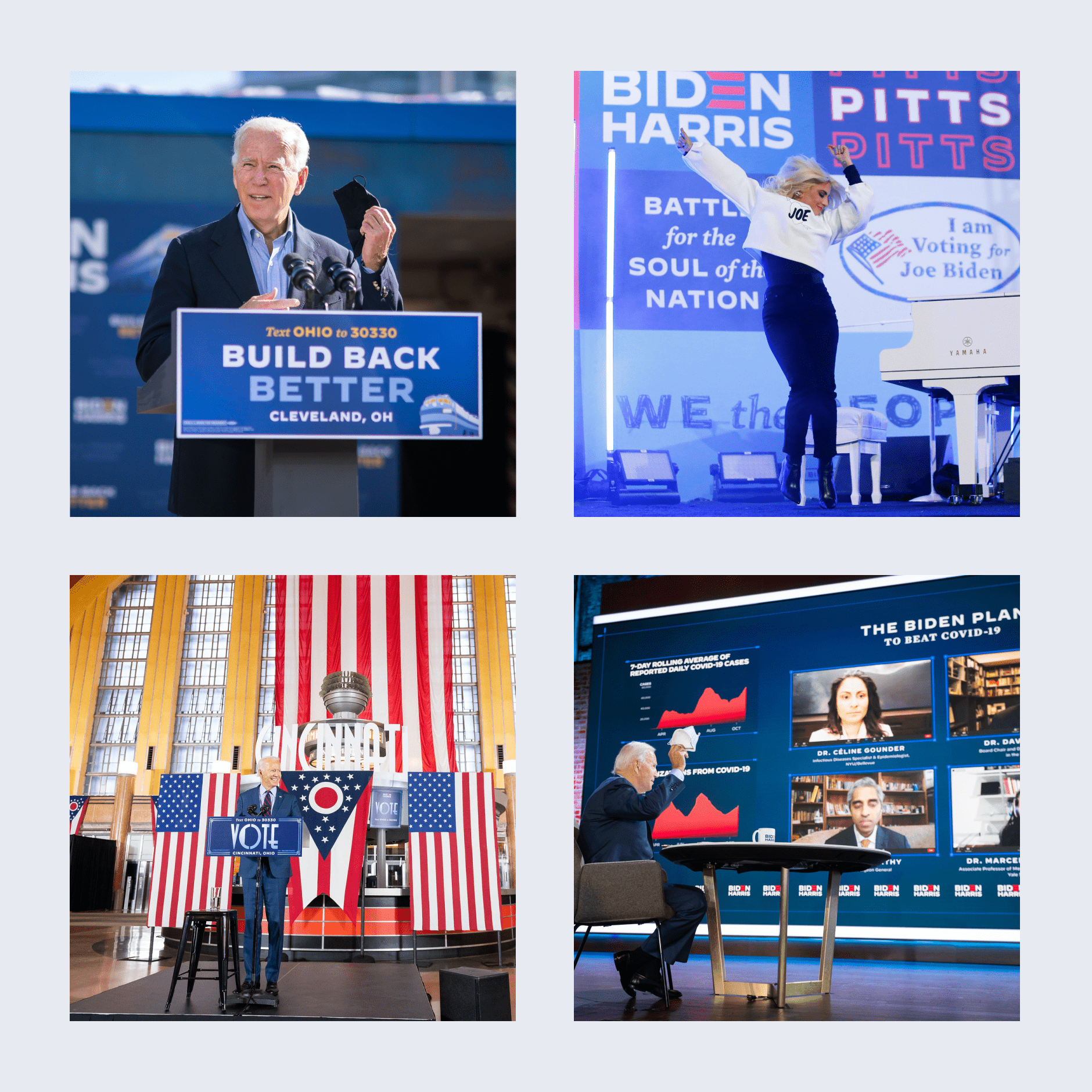 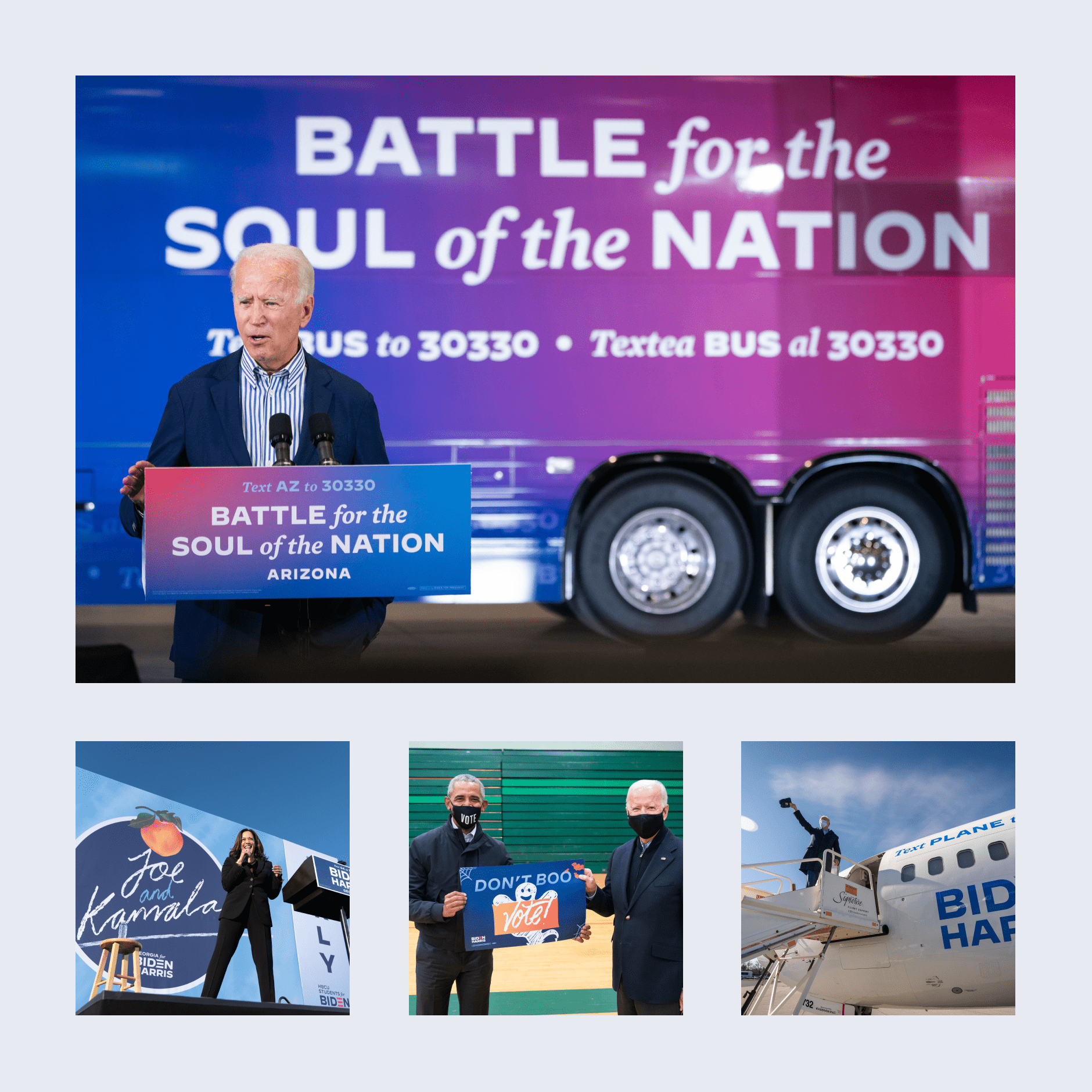 In addition to the standard t-shirts and yard signs, the team took a unique approach to our merchandising: partnering with Anna Wintour and 19 top designers such as Thakoon and Joe Perez for our Believe in Better label, creating special VP merch for Kamala Harris, and finding the right cultural hits in the moment, like the sold-out Truth Over Flies swatter during the Vice Presidential debate. The merchandise we designed fundraised nearly $40 million dollars in the last 4 months of the campaign alone. 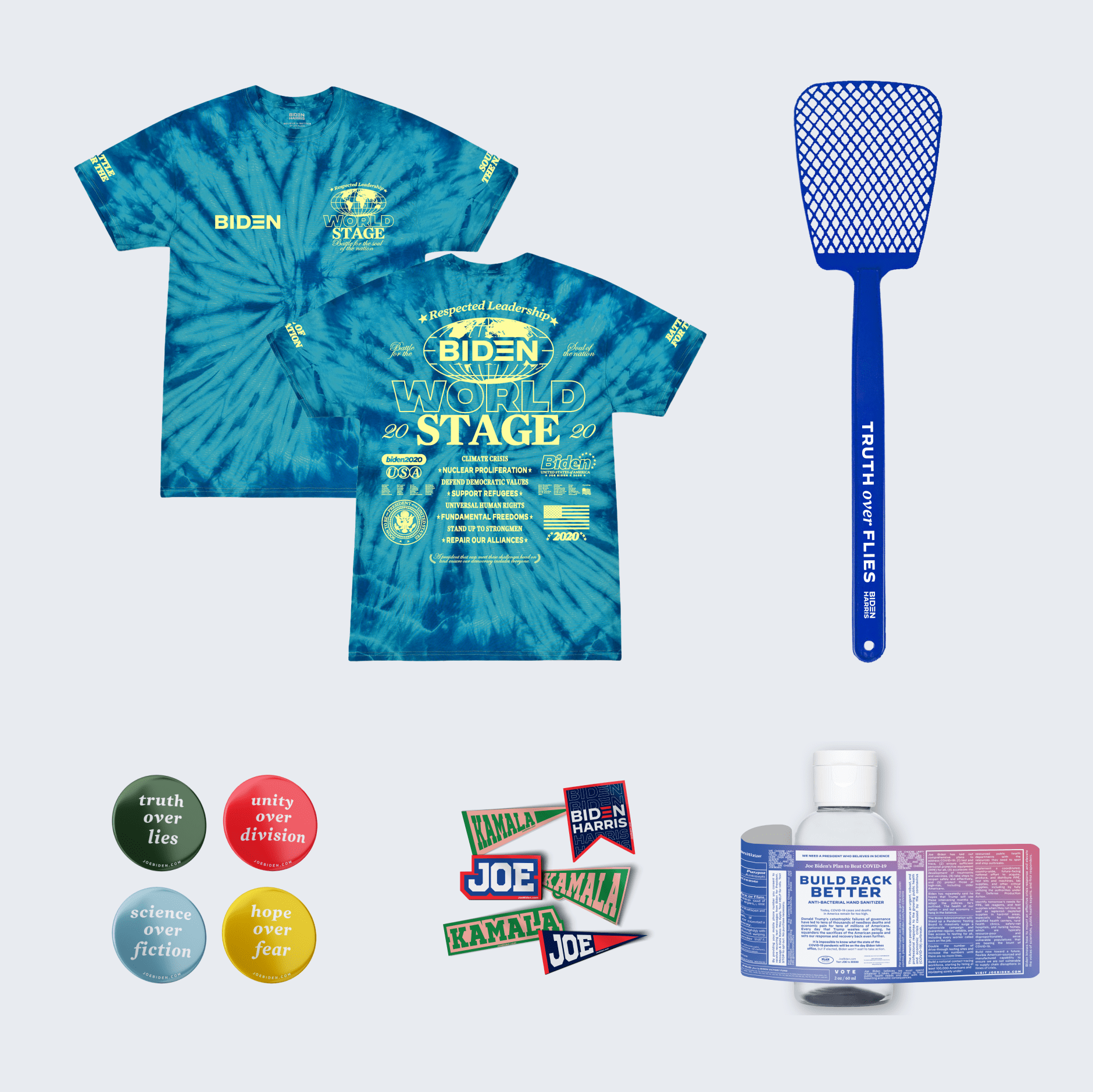 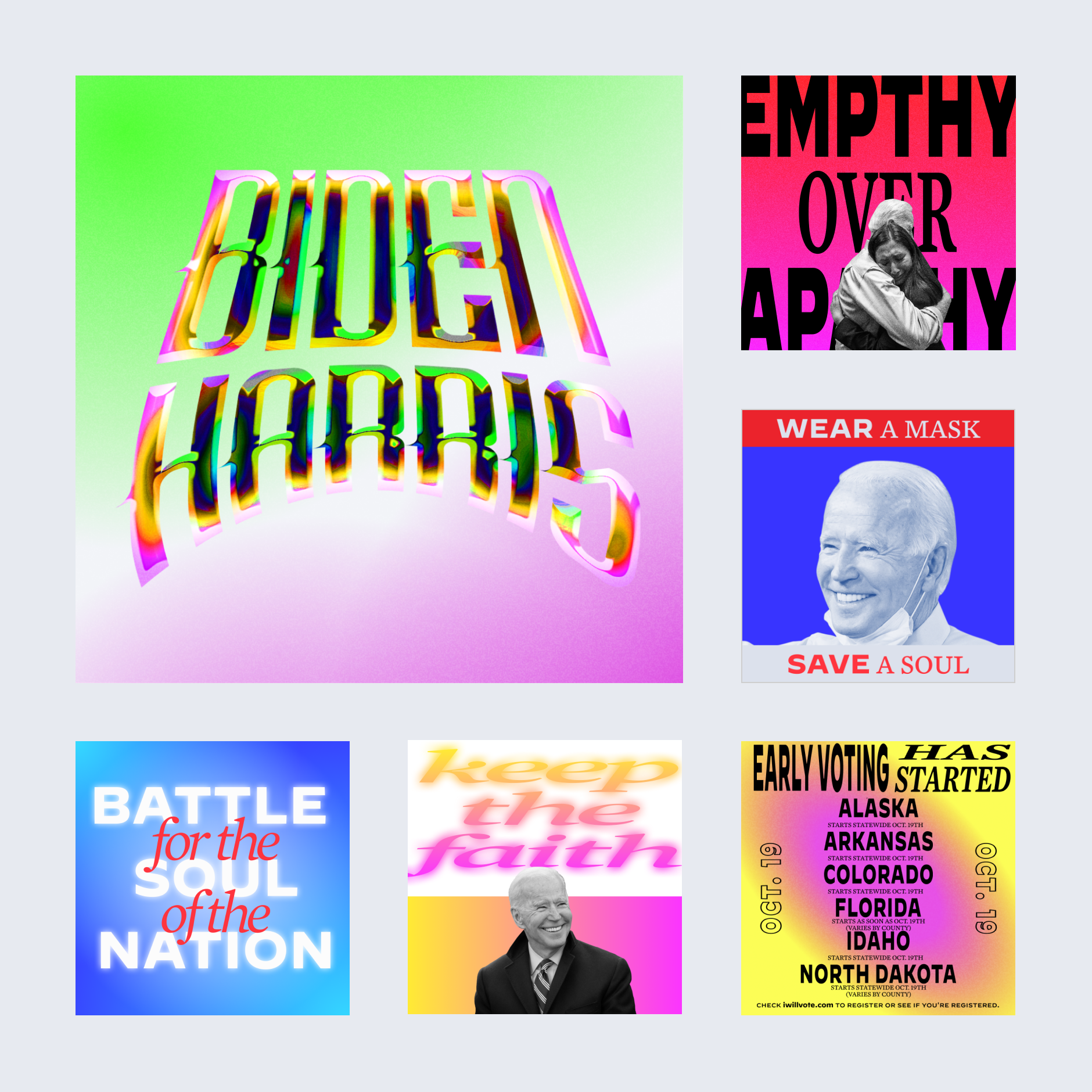 Collaborating with our incredible in-house tech team, we redesigned JoeBiden.com to raise more money online than any other campaign in history and we helped voters organize with our step-by-style digital organizing tool. 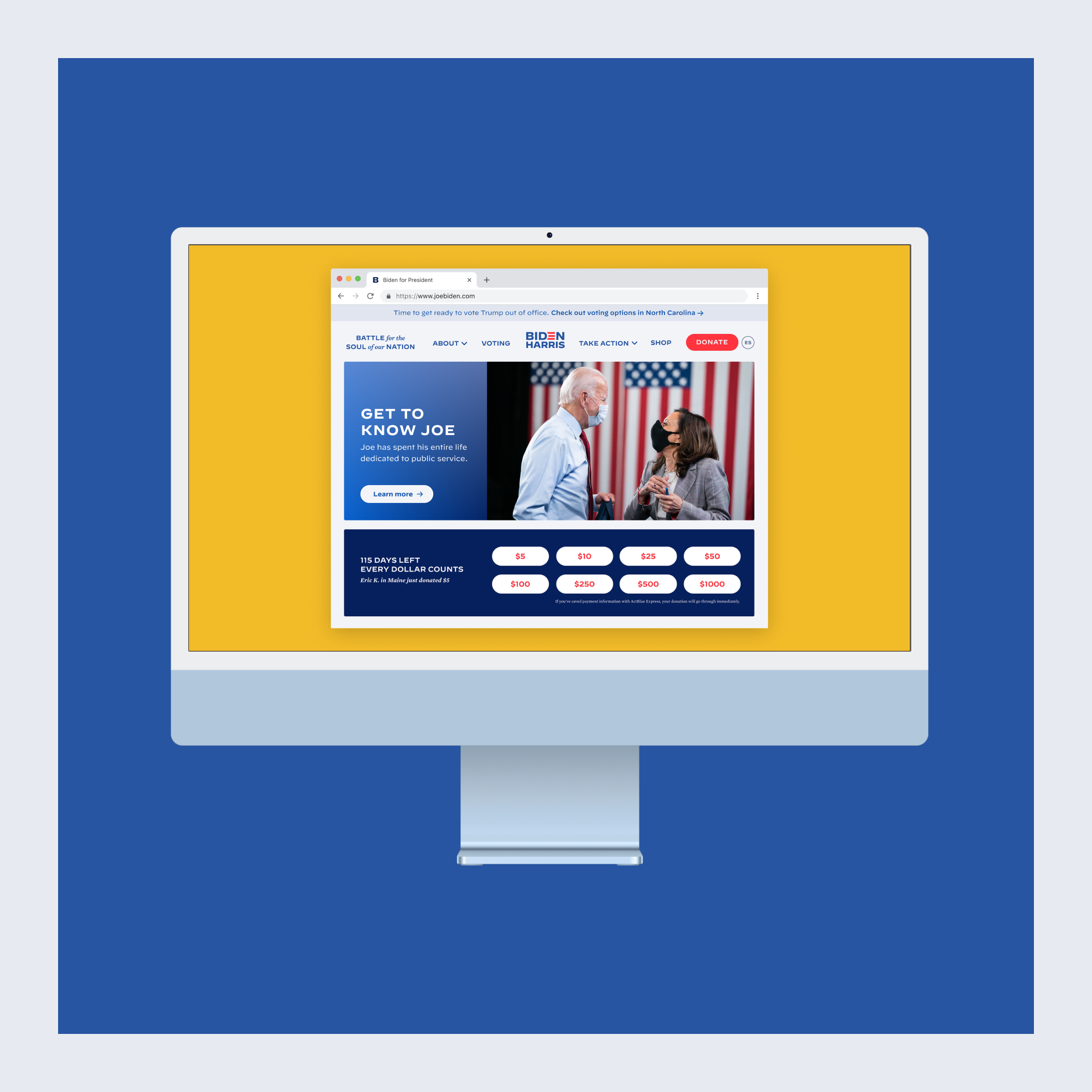 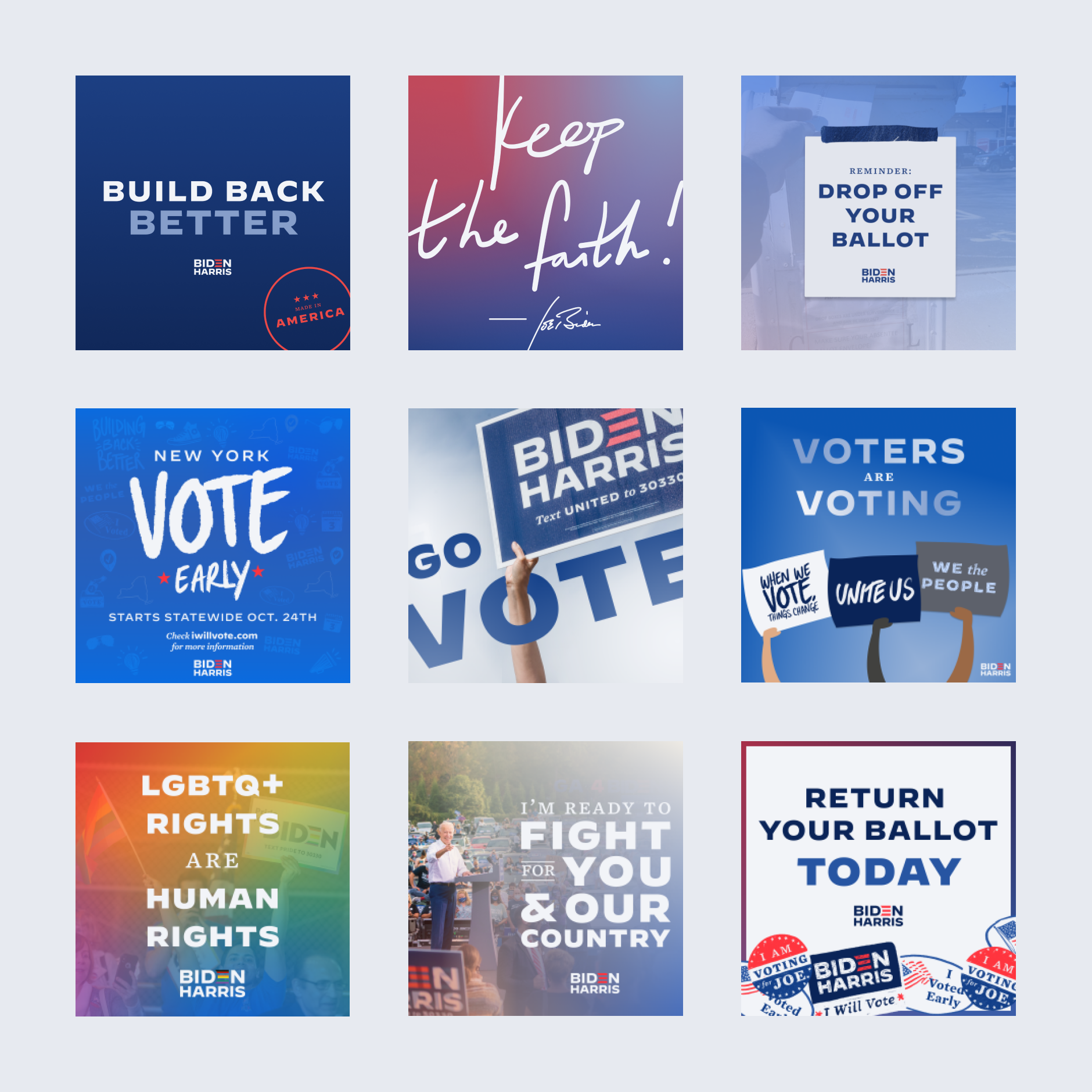 Previous campaigns have traditionally shown their opposition in an aggressive angry light using high contrast, zoomed-in photographs. We wanted to take a different approach: make the opposition feel dull and morose using flat, grainy images. This way we are not giving our opposition power. We’re taking it away.

This direction, which came out of conversations with Sam Esmail and his work on Mr. Robot, has since become the norm for many Democrats. Read more here. 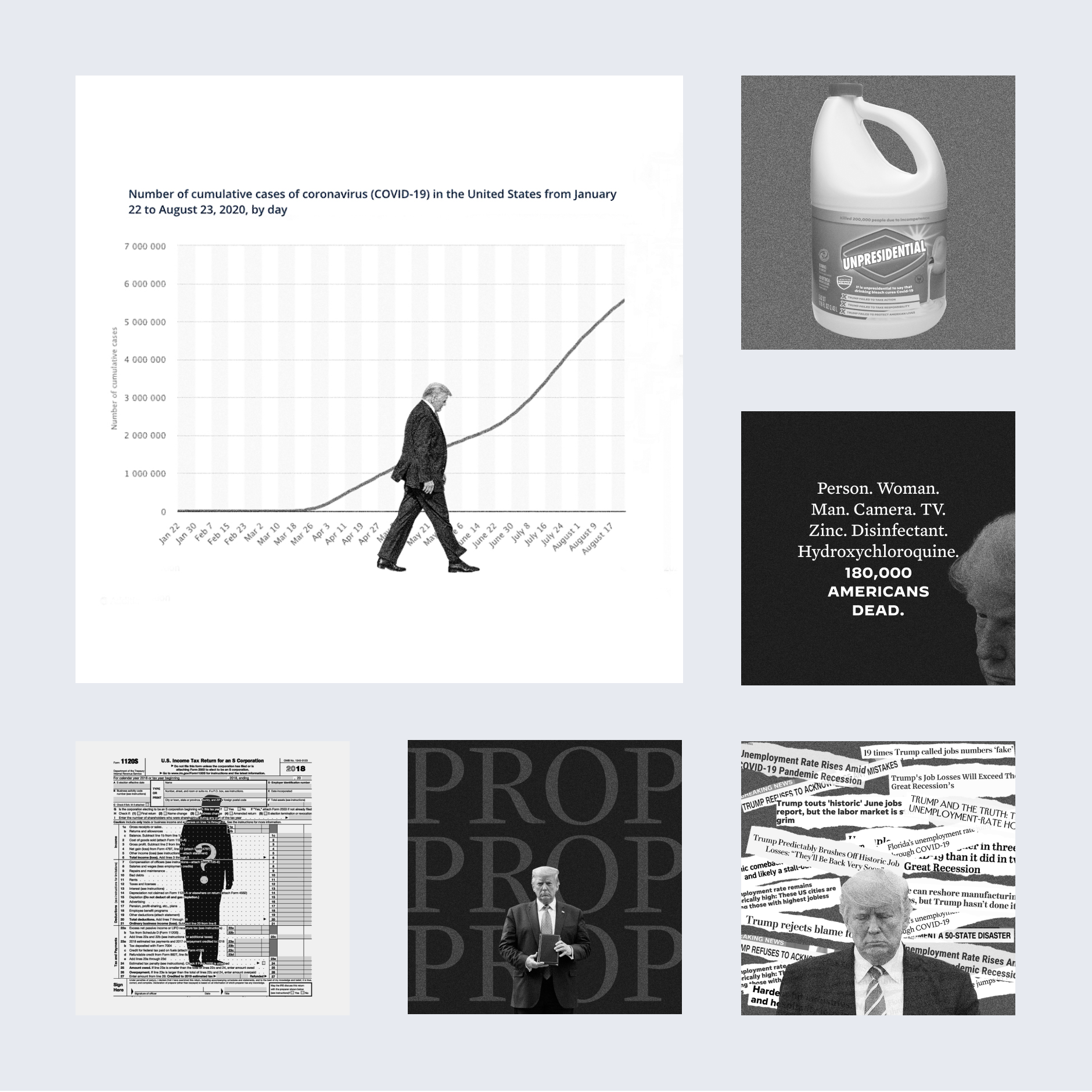 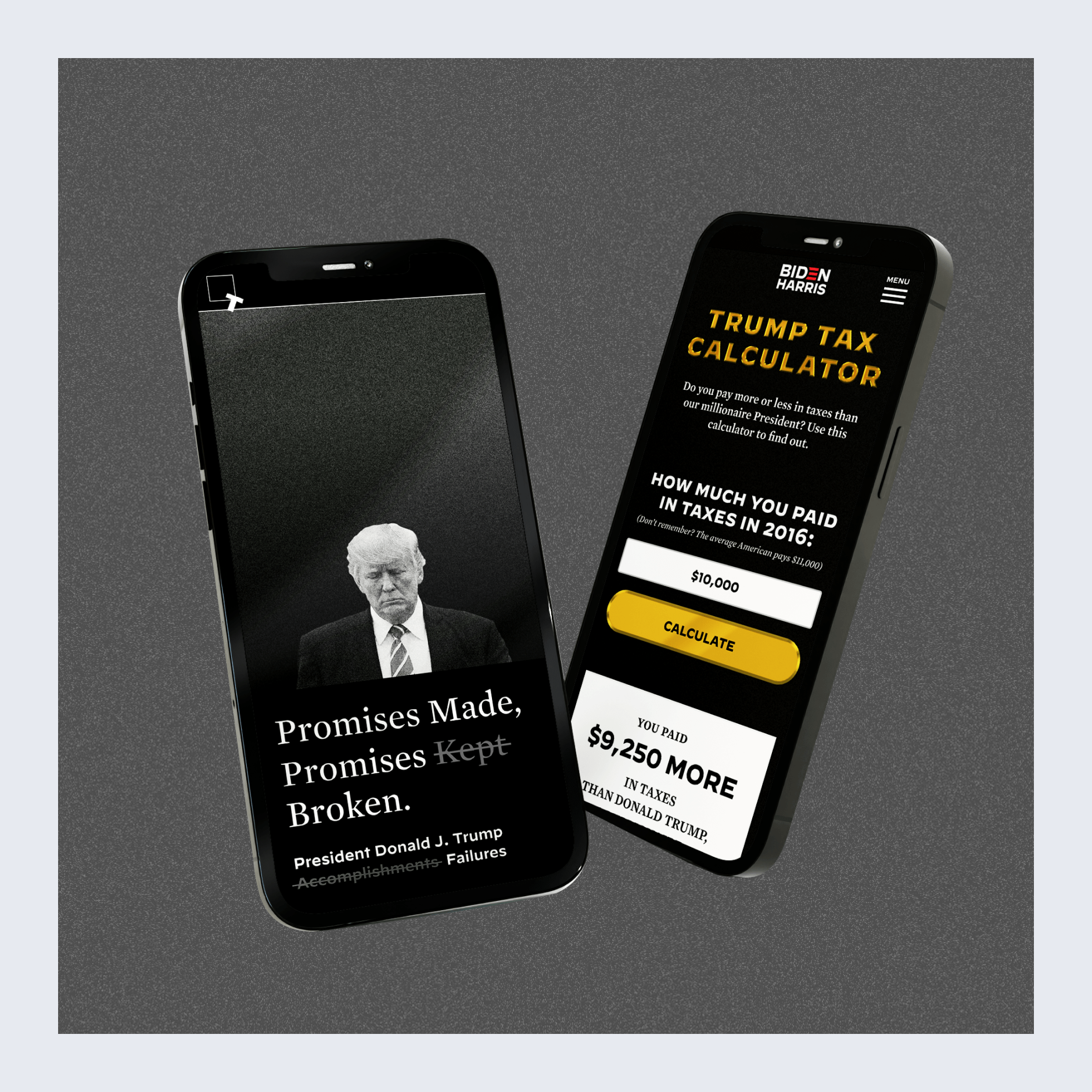 Election Night represented the dawn of a new day in America — and to illuminate that concept, our creative echoed an actual sunrise. Working with the Advance team, we began the event with a deep blue gradient that resembled the night sky and as the votes were being counted, the gradient started to rise. On November 7th, when the dust was finally settled, we revealed the Victory Gradient in its final form: a bright, full sunrise, representative of a new era before us. 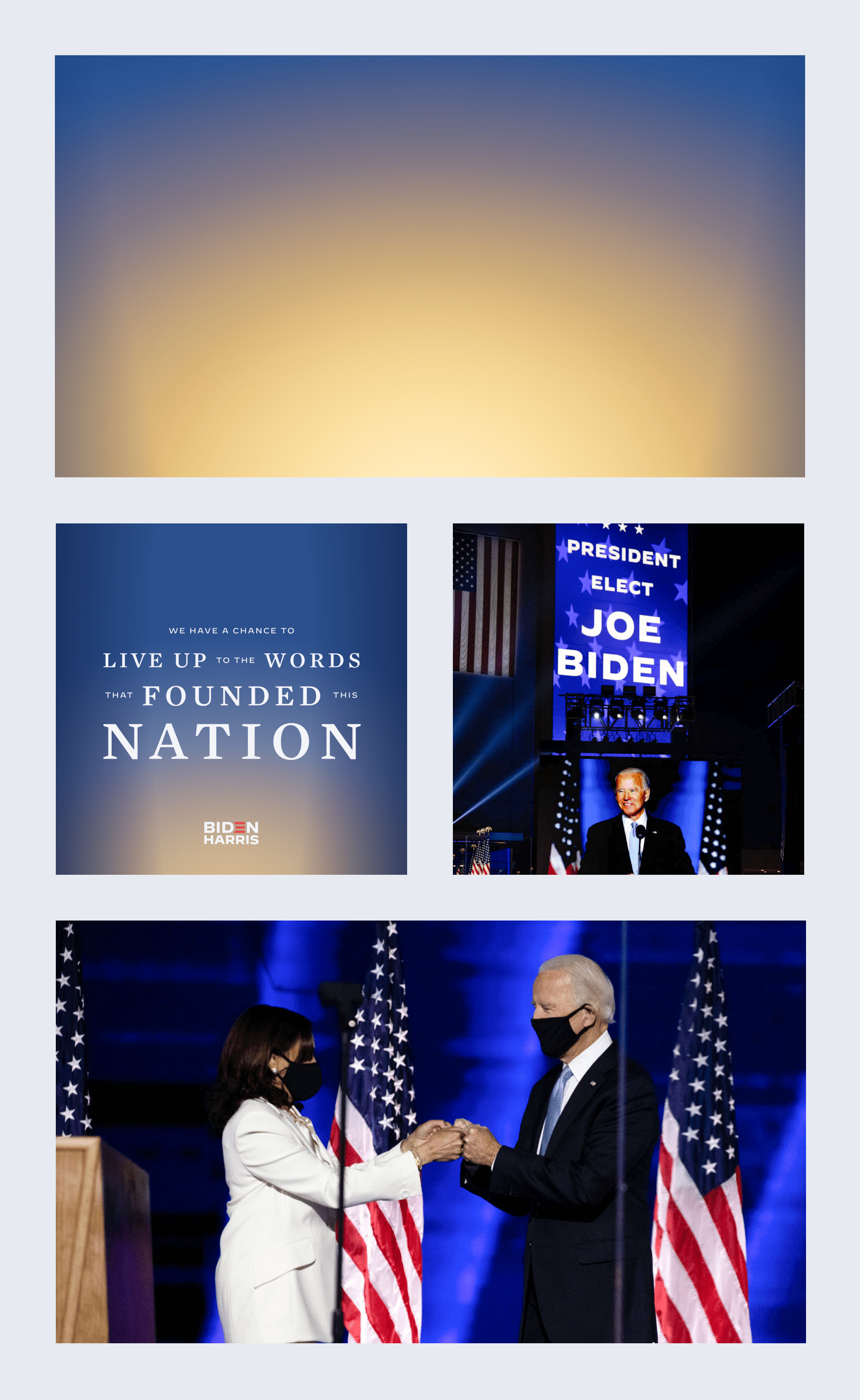